This is the fifth post in the Local Luxury Dinner Party series. The party was part of the Next Food Blog Star competition hosted by Foodbuzz. While I didn't advance in the competition, the party was still fabulous!

We’ve made it through the prep and three courses! The last course of the luxury evening is dessert. Coming up with a dessert dish was a challenge. I put out a call on Twitter for luxury dessert ideas and the first wave of responses were for chocolate desserts. The hubby isn’t a chocolate eater, so I asked for non-chocolate suggestions. The next set of ideas was cream based desserts. One of the restrictions for the party was nothing heavy on the cream. Back to the drawing board! I started thinking about ingredients that would fit the Italian theme and figs came to mind.

But what to make with figs? I had just made a fig and cinnamon jam, so I needed something new and different. I went to my cookbook shelf and pulled out a few favorites to look for inspiration. The first one I looked at was Kosher by Design, picture perfect food for the holidays and every day. On the cover is a beautiful pear torte. After scanning the book for fig recipes without any luck, I decided that I could swap figs for the pears and would have a perfect dessert! 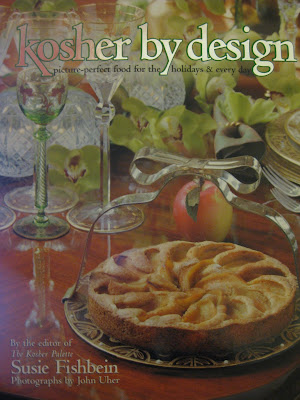 To make dessert even more luxurious, I decided to make each guest an individual torte. When we registered for wedding gifts about 6.5 years ago (wow…time flies!) I excitedly added four mini-springform pans to the list. The hubby couldn’t understand why I needed the minis and the big ones. I tried to explain that mini-desserts are more fun, but he just shook his head and told me that they would probably end up in the basement with the salad spinner. He was right about the salad spinner…But the mini-springform pans are great!

I pulled out the four pans the night before the party and prepared the recipe. I love this cookbook because the recipes are easy to follow and always produce delicious results. I would highly recommend adding this book to your cookbook library.  I used this recipe as printed and substituted fresh sliced figs for the pears. The four pans are equal to one large pan, so I divided the dough into four equal amounts and pressed it into the individual pans. For the topping I thinly sliced the figs and pressed them into the dough. 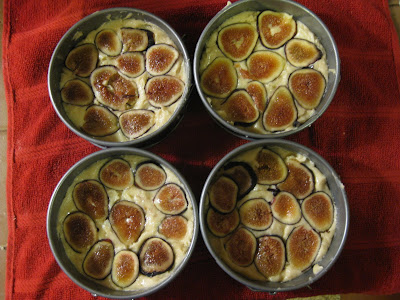 The tortes baked while I prepared the other make-ahead dishes. I wrapped them tightly and set them aside until it was time for dessert the next day. In order to make a little room in our stomachs for dessert we took a board game break. After a strategy-filled game of San Juan I popped the tortes into the oven to warm for 10 minutes. While the tortes warmed I fired up the Nespresso machine and made everyone a fresh brewed espresso. 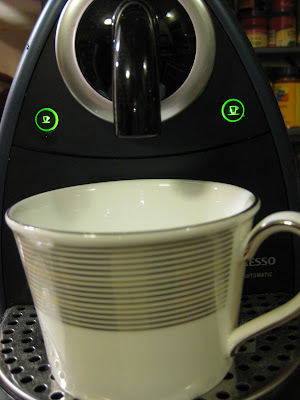 When I first started tweeting and blogging I entered a contest at The Hungry Mouse and was lucky enough to win the Nespresso. It was my first prize – and it comes in really handy for parties! Look how happy it makes the hubby! 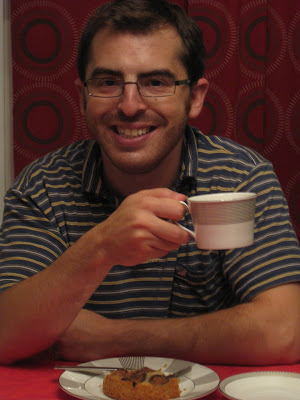 After polishing off our dessert and espresso it was time to send our guests home, it was a school night after all. Since everyone said it wasn’t a luxury party without chocolate I sent Eric and Jen home with a chocolate truffle of their choice. I had a blast planning and cooking the party and it was great to see satisfied guests at the end of the night. 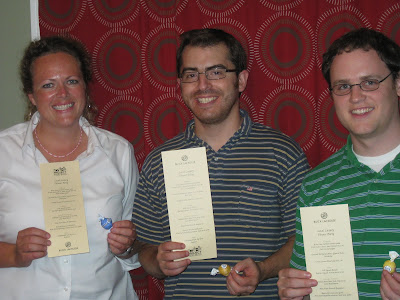 An important part of a successful party is having a hubby who is nice enough to do the dishes! We all cleaned our plates so he didn’t have too much scrubbing to do. Because most of the heavy duty cooking had been done the night before there were only dinner dishes and serving pieces. Thanks hubby! 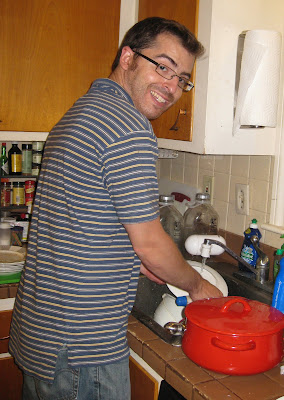 The dinner might be over, but the series isn’t over yet! We put the leftovers to use for breakfasts, lunches, and more. 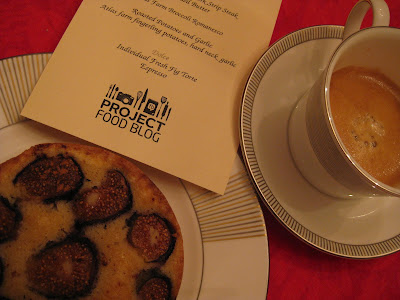 Preheat oven to 350 degrees
Spray non-stick cooking spray in four mini-springform pans (or a 9- or 10-inch springform pan)
In a large bowl, cream the butter and the sugar
Add vanilla, eggs, flour, salt, and baking powder and mix until combined
Divide the dough into four even portions
Press the dough evenly into the prepared pans
Arrange the fig slices on top of the dough and press gently into the dough
Sprinkle each torte with sugar and cinnamon
Bake uncovered until golden brown, about 45 minutes (up to 1 hour for a large pan) 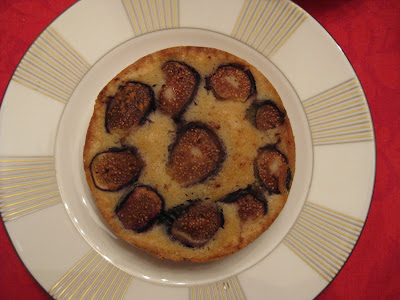 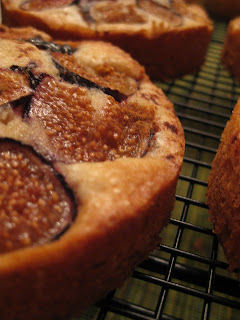 Labels: good for company, next food blog star, restaurant meals at home
Email ThisBlogThis!Share to TwitterShare to FacebookShare to Pinterest
Posted by Lara @ GoodCookDoris at 10:50 PM