When we got married (four years ago already!), I (we) registered for all the fun kitchen gadgets and appliances that are absolutely necessary for cooking. I use a lot of dishes, plates, and utensils in the kitchen but don't always use the fancy electrics that we own. No more! I've pulled out the slow-cooker and decided to put it to work. 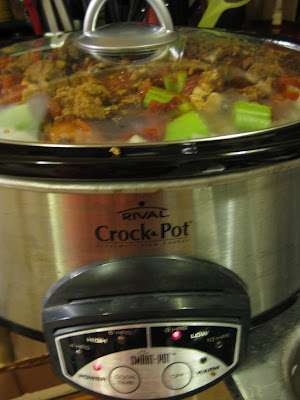 My first thought about using the slow-cooker was that most recipes call for 6-8 hour cooking times. I'm often gone for 10-12 hours during the day, so this doesn't really work out very well. Then it dawned on me - I could cook while we sleep. I can prep the food after dinner and homework and then turn on the slow-cooker overnight. So I searched Epicurious for a slow-cooker brisket recipe and got to work!

This recipe is definitely a keeper. There were a few things I didn't think about before cooking. 1 - All night we dreamed of brisket. The smell of roasting onions permeated the house. 2 - The slow cooker lid doesn't seal perfectly and we woke up to a stream of brisket sauce down the counter. Besides that - it was great!

Here's the ingredient list for the sauce (my first time using the iPhone in the kitchen - a little messy). You can find the full recipe at the Epicurious website: 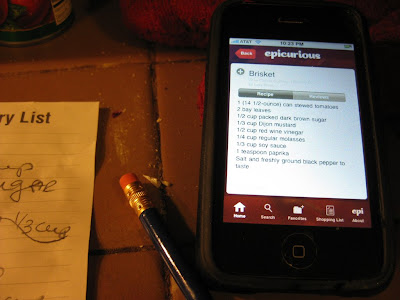 The recipe did involve a little prep work - not strictly a dump and cook recipe. First is browning the onions. Second is searing the brisket to get a nice brown crust. Then, cut potatoes into 1/4 inch slices and line the bottom of the slow-cooker. Next time I will halve the number of potatoes as they took up too much room. Then I followed the recipe and put the slow cooker to work while we slept. The brisket was fall apart tender, the potatoes had a great meaty flavor, and the veggies cooked down into a tasty sauce. For two of us we had enough for a few days of lunches and dinners. Stay tuned for more slow-cooker treats! 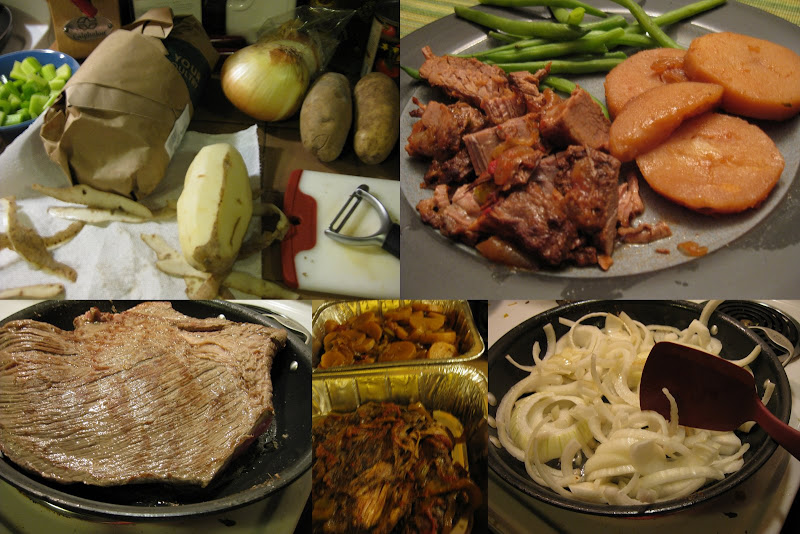