Why am I eating healthier this month? It could be a result of all of the delicious food we ate during our recent trip down to Washington, DC.  I had a few restaurants in mind before the trip, but wanted to see what recommendations my twitter friends had for me.  I put out the call and before I knew it, the lovely Shulie (@foodwanderings) had relayed my message to her DC area friends.  A few hours later I had a great list of possibilities thanks to Olga (@MangoTomato), @I_Flip_For_Food, @WalkerMarkLA, and some Bostonians like @DietitianJanel and @DovesandFigs.

I researched the suggestions and sent an edited list to our fellow vacationers, Mara and Mark.  They sent back their list of places, which were mainly spots to try their favorite food - ice cream!  With lists in hand we boarded our plane in Boston and they boarded their plane in Kansas City and we headed for DC. 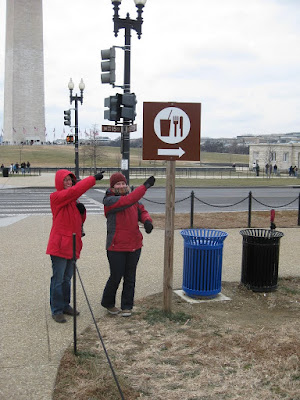 Our first meal was a special delivery from South Boston.  Mark is an Aussie and I know that they don't have authentic Aussie food in KC.  A few days before the trip I called Sam at KO Catering and Pies and placed an order for some frozen pies and sausage rolls.  With a little bubble wrap and a few ice packs, the food survived the trip in our checked luggage and made for an exciting surprise.  We had two types of pies - Irish beef stew and curry vegetable.  The report from the Aussie, "That's a damn good pie mate!" 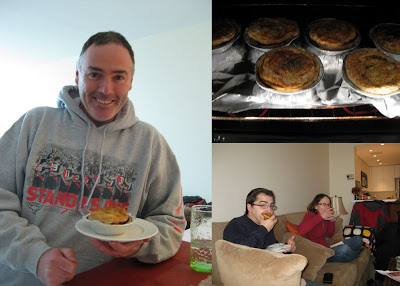 After fueling up with pie we bundled up and headed out to walk the National Mall and see the monuments.  It was the perfect day for it as most people were home celebrating Christmas.  We started at the Archives, walked to the Washington Monument and then went to see the White House Christmas tree.  Next we trekked across the mall to the FDR memorial, Jefferson Memorial, Korean War memorial and finished up at the Lincoln Memorial. A little chilled and hungry, we proceeded to the Kennedy Center for their free Christmas All Star Jazz Jam.  It turns out that the Kennedy Center hosts a free concert every night at 6 p.m. on their Millennium Stage.

We called around to a few places on our list but they were all closed for the holiday. We decided to get on the Metro back toward where we were staying and figure it out once we got there.  When we came up from the Metro at Chinatown we saw lights, people, and an open restaurant! Without checking the menu, we headed in to Rosa Mexicano. We ordered a few drinks, table side guacamole and what turned about to be a lot of food.  It was also ice cream #1 of the trip. 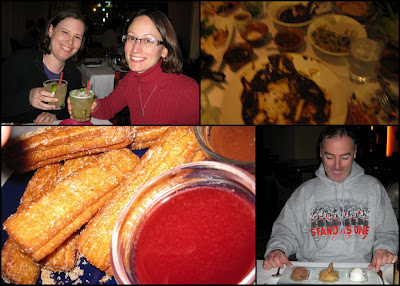 The guys both ordered a tuna dish that came with what the server described as "kind of a fruit salad."  That statement prompted this photo:


On our next day, we started our touring at the Smithsonian Museum of American History. The museum is filled with a lot of interesting exhibits, but there was probably one thing each of us was really excited to have seen.  There's no picture of Josh's pick - the Star Spangled Banner - none allowed.  I was able to get a shot of everyone else's favorites.  They include the Muppets, the Fonz's jacket, the "Went with the Wind" dress from The Carol Burnett show, and Julia Child's kitchen! 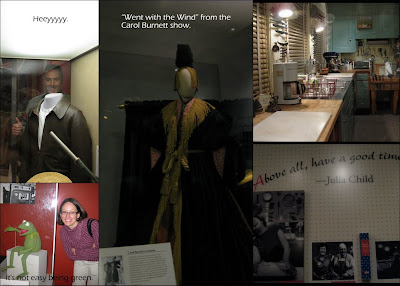 Our second dinner in DC was one of Mark's picks. Before moving to Australia when he was 8, he grew up in Dublin. Doing research for the trip, he had read about The Dubliner, an authentic Irish Pub near Union Station.  It was mentioned in the travel book for its excellent pints of Guinness and live Irish music every night.  The man playing during our visit played all of Mark's favorites and told us that he'd been playing at the Dubliner for 25 years.  The Guinness was indeed good and the music was great. And Mark had ice cream #2 of the trip. 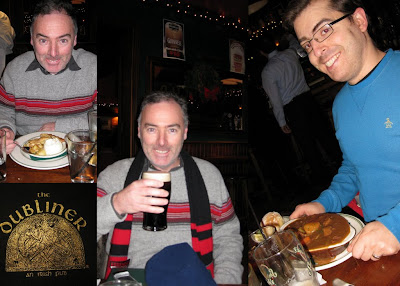 Following the Dubliner, we wandered by Pitango a new-ish gelato place in Penn Quarter. We were drawn in by the warm lighting and huge list of flavors. The shop was sparkling clean and inviting. We were pleasantly surprised to learn that they used grass-fed milk for their gelato (although shouldn't it be milk from grass-fed cows?).  The flavors were inventive and included non-dairy sorbets and many fair trade ingredients.  The woman working that night (close to closing time) encouraged us to try as many flavors as we wanted. She pointed out popular flavors and suggested some combinations that worked well together.  The hubby opted for a combination of pear sorbet & quince sorbet (he always goes for pear!). I chose Chocolate Noir and Sicilian Almond.  The chocolate noir was rich and decadent. According to the website it is a combination of Venezuelan cocoa and Costa Rican couverture chocolate. Bonus? Also dairy-free and lower fat!  As we dug into our treats, the woman working offered us a sample of their Italian hot chocolate. Think thick, rich, smooth, and indulgent. It reminded us of the chocolate that you get with churros con chocolate. It was a great find and if you get to DC - make a special trip to find one of their shops. If you are keeping track, this is ice cream #3 of the trip (yes, still day 2).

I'm full just writing about our first two days. There will be two more posts to cover all that we ate in our four day trip!