When He Fends For Himself: Using the Oven

Welcome back to another addition of "When He Fends For Himself". With wifey back in school for the semester, I'm back on my own one night a week. Since she's been taking classes for a year and half, being alone one night a week is not a shock to the system. I actually planned ahead and got a package of Wild Mushroom Lasagne from Vic, The Pasta Man (Fior D'Italia Pasta and Cheese), at the Russell's Garden Center winter farmers market in Wayland, MA. I've had his ravioli before and was excited to try something else of his. Knowing that the lasagne was frozen and would take while to heat up, I didn't dilly dally when I got home. I immediately got to work. 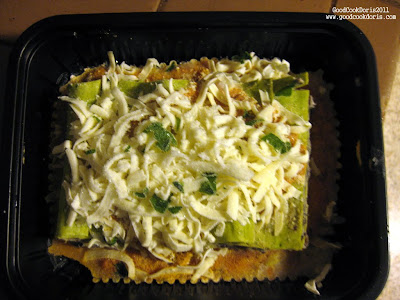 I chose to heat up the lasagne in the oven because even though it would take longer than the microwave, I knew it would end up tasting better. This is the first time I had to do anything with the oven for "When he fends for himself" so I'll walk you through my turning on the oven routine. The first thing I do is open up the oven to make sure nothing is in it. This is a product of my childhood. When I was about 10 there was a potato in the back corner of the oven that no one noticed for about a month. Have you ever heard of twice baked potato? Try twenty times baked potato. I remember the way it looked and felt when it was finally removed and am scared to have that be repeated.

I also, always, turn the oven to 350. Why? Because everything can cook at 350. In my vast experience, no other temperature has been needed. 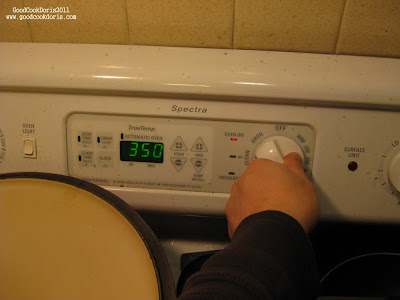 I let the oven pre-heat and in the meantime placed foil in a small casserole dish and set the lasagne on top. Once the oven was at the required temperature I put in my frozen dinner and ended up checking its status about every 10 minutes. 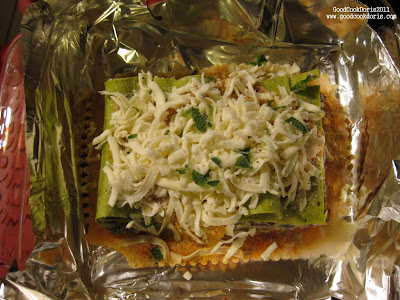 After 30 minutes, a quick taste test revealed a done lasagne and dinner was about to be served. Honestly, I was so excited I almost pulled out the casserole dish without using a pot holder. I plated the lasagne, took my seat in front of the couch, turned on the Bruins/Habs game, and got down to business. 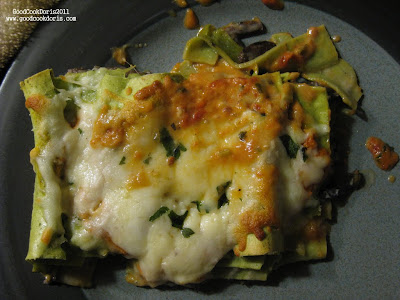 The lasagne was really really good. It had great mushroom flavor, was the right serving size for a growing boy like myself, and was covered in an incredible sauce. I can't recommend Vic the pasta man enough. I know this winter he's at least at the Natick and Wayland markets.

After the successful meal I basked privately in the glory of a job well done, but then reality set in. It was less then a week until the wifey had class and I would be fending for myself again. All week the anxiety will build and the pressure will be on. Won't you join me next week to see if I can survive another night alone? With your support I can do it. Who's with me?

Until next time....
Labels: eating in front of the tv, farmer's market finds, when he fends for himself
Email ThisBlogThis!Share to TwitterShare to FacebookShare to Pinterest
Posted by Lara @ GoodCookDoris at 8:00 AM